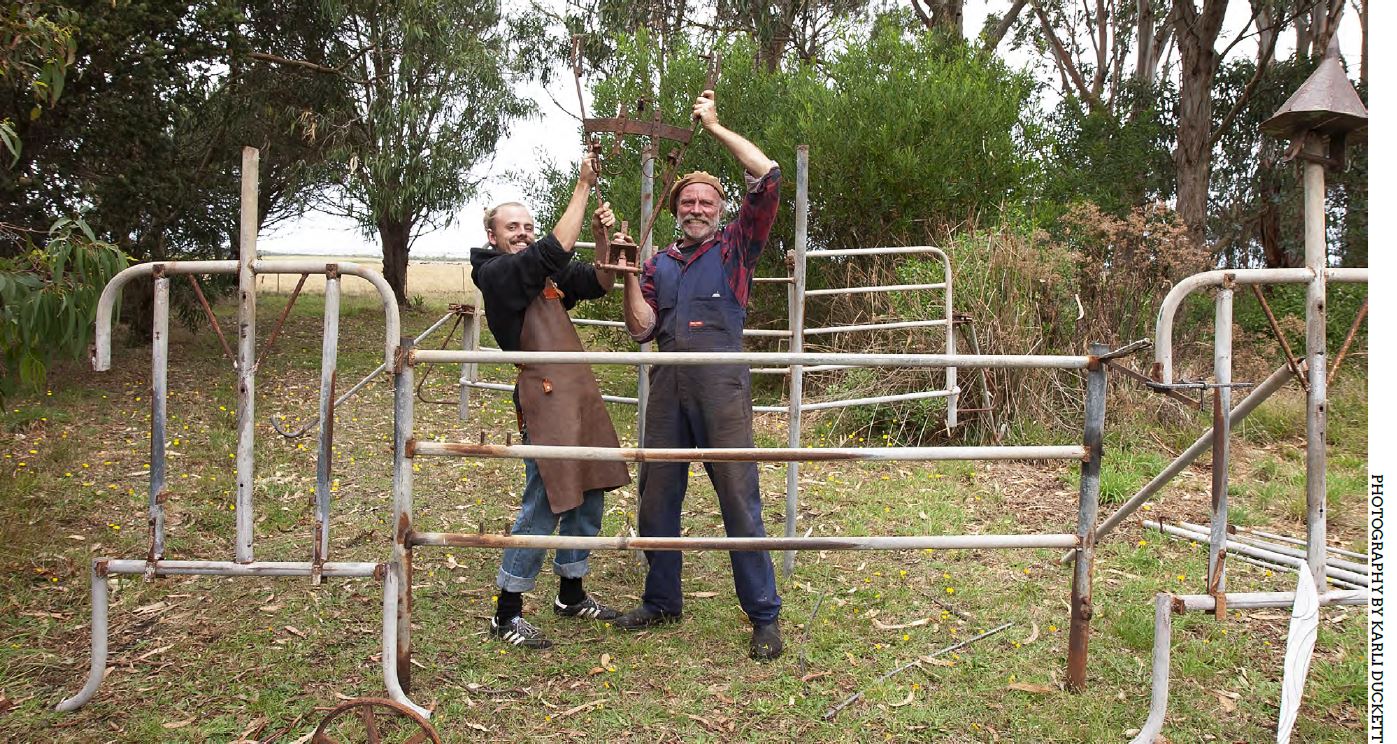 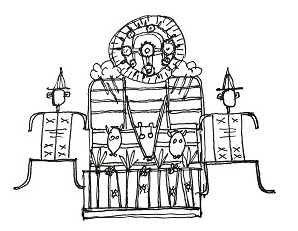 Big Farmer and the Holy Cow is a piece that represents the passing of time, the cyclical nature of seasonality...

Big Farmer and The Holy Cow is a piece that represents the passing of time, the cyclical nature of seasonality, and the relationship a farmer has with the tools, creatures, and landscape that they live and work with.

The piece is constructed from disused farm equipment. It depicts a pair of farmers, standing with their cattle and garden, beneath the mighty sun. The characters, while simple, sink into the landscape. The materials that the characters are constructed from may appear to change over time, to rust and patinate. As the characters decay and transform, they are reclaimed by the earth that they stand on.

Big Farmer and The Holy Cow was inspired and driven by the reimagining of materials kindly donated by farmers from around the district.

Located at the gateway of one of Australia’s most visited and much loved tourist destination Wilson’s Promontory is the dairying and grazing town of Foster. One of the important properties of the region is Tynacya Farm, a third generation family farm owned and managed by John and Mohya Davies.

Tynacya which means ‘ House in the Fields’ in Welsh is made up of approximately 400 acres with 65 acres of conservation wetlands. This parcel of land once considered waste was selected over 100 years ago by John’s grandfather, John Davies, an early pioneer of the region. The family continues to have strong links to Wales.

The elevated property with its magnificent views over Wilson’s Prom is hosting Trevor and Louis Wheeler’s sculptural metalwork installation on the corner of their property at 745 Fullers Road.

John and Mohya have resided on their family farm for almost 40 years and have raised six children and are now proud grand parents to 8 grandchildren. A large part of the operation is the supply to Prom Meats, the family’s long established high quality retail butcher shop in Foster where John specializes in ethically and sustainably preparing and supplying Gippsland natural beef and lamb. Mohya has also served as local councillor and taught in early education. Together they have played an important role in the local tourism and art sectors for the region.

The working title of the Great Southern Bale Trail installation ‘Big Farmer and the Holy Cow’ is almost paying homage to farmers like the Davies family who farm on a large scale and yet respectfully honour their livestock and environment.

Father and son combination, Trevor and Louis also have deep connections in the Prom Coast community. Located in Sandy Point, Trevor a well known metal artist was joined by his son Louis at the onset of the pandemic – together the formidable duo have created a strong yet whimsical installation. The piece depicts floating farmer glyph like stick figures and surprising cow faces emerging out of old farm machinery gathered or gifted locally.

A strong seasonal theme is evident. Steel rods from the cattle yards are reminiscent of the wild rains on the plains whilst rusty cogs rescued from a 70-year old potato planter will form part of a large radiant sun structure.

Scrap is used as a springboard for recycling and reinventing new life. The duo spent hours pulling things apart, examining the incredible engineering of old and new farm machinery and carefully re-crafting new usages from their treasures.

An abandoned piece of metal does not decay in the hands of the artists – they only grow bolder in patina and character like the farmers and animals that walk the land.

‘There is a perfect blend of abandon and control. The farmer attempts to control the various impacts of the seasons but at times is required to surrender to the elements. The seasons are in fact the machine driving everything’ – says Trevor

The special bond shared between father and son is palpable – each brings his own vision to the piece. Louis shares that he feels honoured to receive the skill passed on by his father – an intergenerational almost traditional way of learning, one often seen amongst farming families.  Interestingly Mohya once taught Louis at the local kindergarden.

Each piece being showcased had a practical use at some time and are now being re-purposed, re-imagined and re-used - a considered approach to its life cycle.

You can pull over comfortably and walk over to ‘Big Farmer and The Holy Cow’, the installation stands as a triptych in relief amongst the rugged landscape. Trevor and Louis have blended a sense of humour in the shapes all whilst depicting the somewhat harsh nature of farming and the seasons. Their wish is for us to deeply connect with the ingenuity of the preciousness of our human waste. 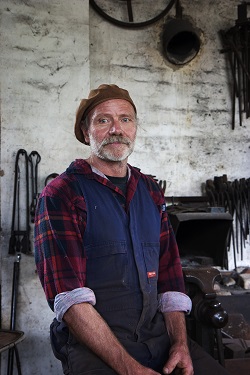 Trevor is an artist and for 30 years his practice has included community art projects, architectural installations, exhibitions and jewellery. His focus is on time honoured techniques of toolmaking, gold and silver smithing, wrought iron and sculpture. Trevor lives near Fish Creek  with his family.
@the.gardenpirate 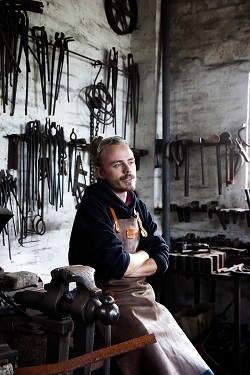 Lou Wheeler is a multi disciplinary artist based between Fish Creek and Birraranga (Melbourne). Their work explores the discourse between detailed craft and design, and tactile, textural experiences. As a sound artist, they have composed music and sound design for theatre and short film, as well as various fashion and dance works. More recently they have begun to expand their practice to include metalcraft, with a focus on jewellery and ironwork.
Instagram@shit_wheels,
@the.gardenpirate 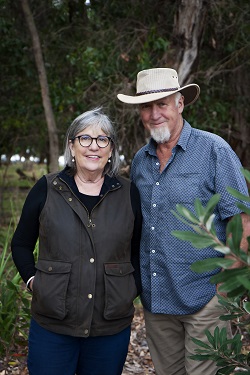 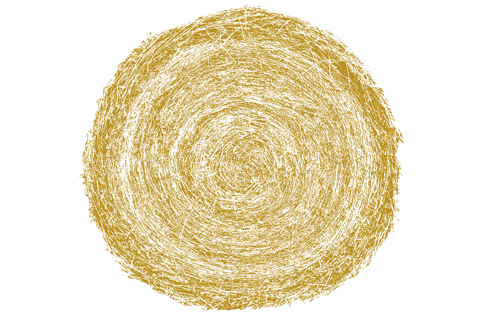 Drive safely when approaching the installations and park well off the road. Please respect this property as a working farm.  Do not enter under any circumstance. View the artworks according to current COVID Safe regulations.