Online payments will not be available from 4.00pm on Thursday until approx. 12.00pm Friday. This will affect payment of rates, application and licensing fees and animal registration payments. 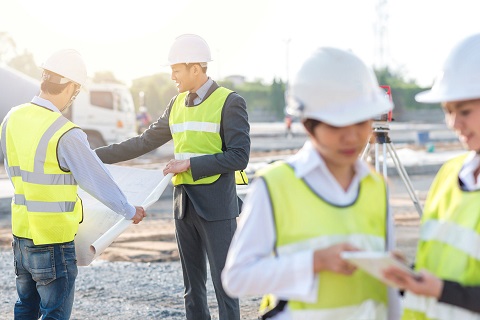 Project Update August 2021
The Bair Street Project is nearly complete, with all roads, footpaths and parking spaces now open. Most of the landscaping and street furniture has been installed. Finishing works and site clean-up will occur over the next few weeks, which may cause minor disruptions.

As recently advertised in local newspapers - Council’s Local Laws team will be monitoring compliance with the new parking arrangements. Please observe signs and linemarking, and take note of parking restrictions.

Thank you for your patience throughout the project.

Project Update June 2021
The Bair Street Project is approaching completion with the final road and landscaping works set to occur over the coming months.
Civil works in Bair Street, Church Street and Lyon Street are nearly finished and are open to traffic. The remaining paving, signage and linemarking works will be completed in coming weeks.
Road works will now commence in Gollers Lane, which will require closures at times as works are performed over the next few weeks.

Landscaping works will be commencing soon and undertaken over the coming months, including furniture installation, tree planting and garden bed works.

Project Update - February 2021
The Bair Street Project has reached a couple of significant milestones in recent months, with the underground power, street lighting and signalling works all completed.

Landscaping will follow the civil works and is expected to be completed by late-2021. The landscaping will include street furniture installation, tree planting and garden bed works.

Project Update – September 2020
Streetscape works to commence
The contract for the next stage of the Bair Street Project has been awarded.
Local contractor BJ's Earthmoving will be completing the streetscape redevelopment (civil works) which includes:
• Renewal and redirection of stormwater infrastructure;
• Renewal and reconfiguration of road and footpath pavements;
• Reconfiguration of parking to a combination of angle and parallel parking;
• Reduction to a narrower, single traffic lane in each direction;
• Increased footpath widths;
• Addition of raised zebra pedestrian crossings;
• Removal of pedestrian activated signals.

Civil work is expected to commence from 14 September and will continue through to mid-2021.

There will be some overlap with the electrical stage of the project - and a little more than intended due to the unfortunate cancellation of the second electrical outage on 30 August. A rescheduled outage has been tentatively booked for Sunday 4 October.

Project Update – April 2020
Electrical works to commence
The next stage of the Bair Street Project will be starting soon. We were hoping that construction would commence at the end of March - but in light of current events - this date has been pushed back slightly. Works are now expected to commence mid-April (just after Easter). We hope that this date will proceed to plan, but we will be keeping a close eye on the advice provided by State and Federal Governments.

We will be working closely with the contractor to minimise disruptions to businesses and to make sure that everyone can still get to the shops. However, there will be construction noise and debris in the street, and sections of footpaths and parking will be impeded throughout the works.

We had planned to run a drop-in session so that people could call in and ask questions about the next stage of the project before it began, but as face-to-face meetings are no longer possible we would encourage you to forward any questions you may have to: council@southgippsland.vic.gov.au

What will the project involve?

Council has recently secured funding from the State and Federal Governments and is now in a position to commence the Bair Street upgrade works. The works follow on from consultation with the Leongatha community over the past few years.
The Bair Street redevelopment will involve:

How much will the project cost?
The project will cost $5.4M. With $2.7M provided by the Federal Government, $1.5M from the State Government's Fixing Country Roads program and $1.2M from Council.

How long will the project take?
It is expected that the redevelopment will take up to two years to complete.